When I got my new coffee machine there were three reasons behind the purchase.
Firstly, it was on special for a really good price, secondly it was available on deferred payments allowing me to spread the payments out over 6 months and finally it was to be used in my office and claimed as a tax deduction.

It ended up spuring on an extensive makeover of my office, making it look a lot more professional.

To refresh your memory, the office looked like this – 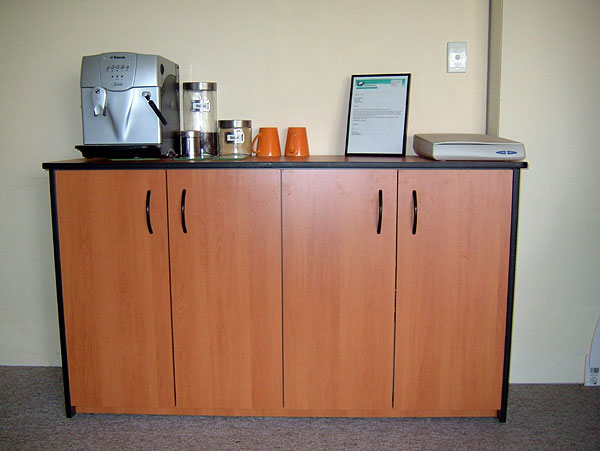 The first thing that was needed was a home for the new coffee machine. A local office furniture supplier provided me with a very nice and inexpensive mobile cabinet which also became home to some of the junk that was lying around. Because of the cost of this piece of furniture, a re-think about the whole office was done.

The previous owners used this room as a formal lounge and dining room. It was decorated by the wife and suited the decor of the room but it really didn’t suit an office environment. I have wanted to do something about the dusty pink colour that had been applied for a little while so I made plans to paint.

I decided to take the colour from my business cards using the blue as the main colour but also taking the orange as a bold feature.

I also went to the stationary store and got the new lever arch files that I wanted, the orange ones, as well as some other items. I hadn’t started the painting at this stage but in my mind I could see the overall effect and just adding these touches were a mild improvement. 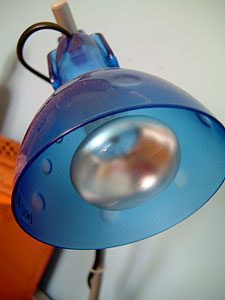 When I painted the room I also painted the trestles to match, keeping the existing desktop. The change of colour lifted the room considerably and the orange items that I had added were now starting to complement better. 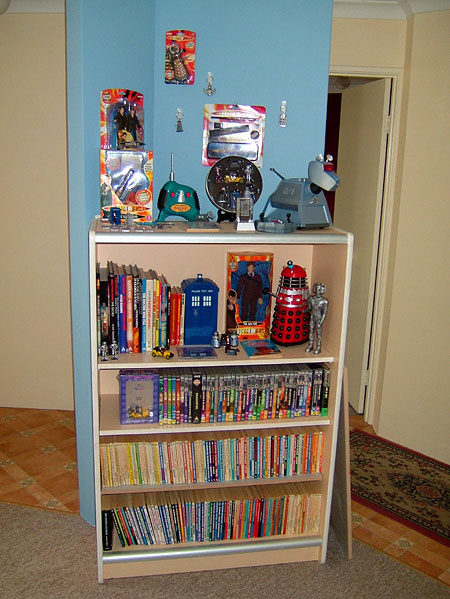 The shelving that had held my Doctor Who stuff was left off the wall this time and we ended up cutting it down a little to add more storage in the kitchen. I moved the toys and books out of the work area in line with the concept of having a clean and professional work area. 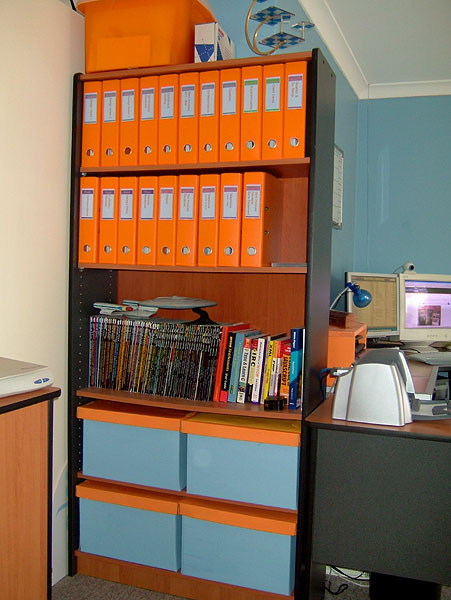 Next was a return to the office furniture supplier that I had got the coffee machine cabinet from, purchasing a new bookcase to match. The old wall units that had held my books were moved to the garage where they are now being used for storage there. 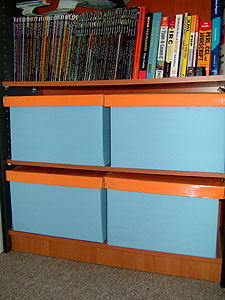 Four archive boxes were painted to match the walls with the lids painted in gloss orange. These now are home to various spare cables, power leads, network devices and other bits of junk I haven’t had the will to part with yet.

Next a typists return was added to the work area giving me space to store paper and my printer. I purchased a print server that plugged into the LPT port and untangled the 10 metre USB cable that was previously connecting it to my computer. This had the added advantage of freeing up my computer from acting as the network server for the printer meaning that the other computers on the network can now access the printer even if my machine is off.

I want to get Network Attached Storage next to take my machine totally out of the loop for LAN users.

My computer was relocated to where Jamie’s machine was, giving me extra room to work. 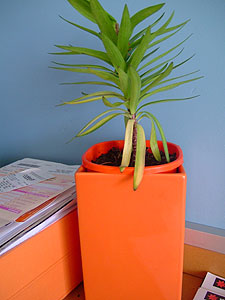 I found these vases in Mount Hawthorn and decided that they were perfect for finishing off the office. I believe I have reached critical mass for the orange now, anything more will start to make it all look distracting.

It took me around five weeks to get from the before image to the after. 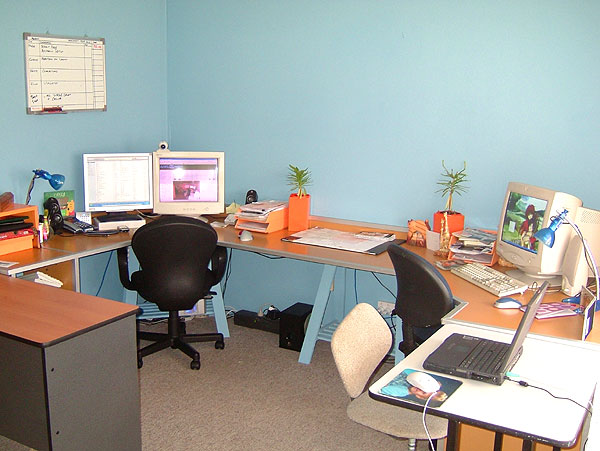 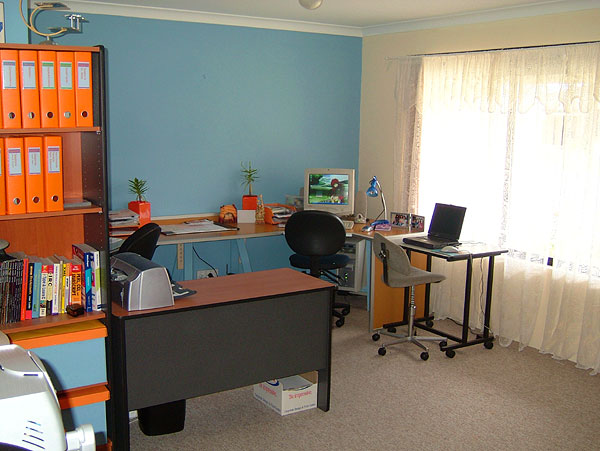 I want to get a couple of visitor chairs for clients and extend the work bench along the window putting in a couple of extra machines for the kids to play on.


This entry was posted in Home, Work and tagged Office, projects. Bookmark the permalink.